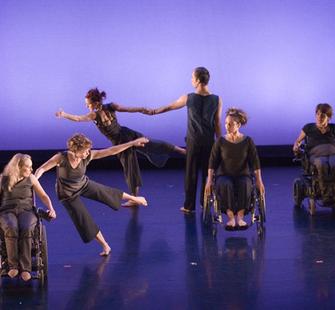 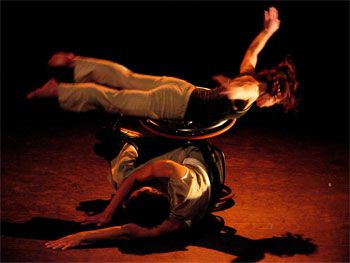 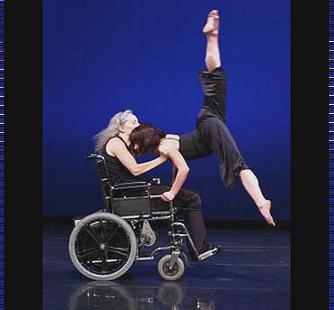 AXIS Dance Company, one of the world’s most acclaimed and innovative ensembles of performers with and without disabilities will change the way you think about the possibilities of the human body forever.

Since 1987, AXIS has created an impressive body of contemporary danceworks. Working under the artistic direction of Judith Smith, AXIS has become known for its innovative vocabulary of movement, high artistic standards, and its commitment to community education and outreach. Through the years AXIS has performed pieces designed and choreographed by artists including Stephen Petronio, Bill T. Jones, Joe Goode, Joanna Haigood, Sonya Delwaide, Victoria Marks, Ann Carlson, and Margaret Jenkins.

In the past 20 years, AXIS has developed more than 60 repertory works, two evening length pieces and two works geared toward young audiences. The Company has been commissioned to create pieces for the Yerba Buena Center for the Arts, the Bates Dance Festival, and the U.C. Berkeley Art Museum/Pacific Film Archive’s “Off the Wall” series. AXIS has also been featured on KQED’s Spark program and WNET’s nationally broadcast production of “People in Motion.” The group was also showcased in Dancing from the Inside Out, a documentary video that won more than a dozen awards.

In addition to dance choreography and productions, AXIS focuses extensively on education and community outreach through programs such as Dance Access and Dance Access/KIDS!, both of which offer classes and workshops to adults and students of all abilities through presentations, lecture demonstrations, school assemblies, and artist residencies.