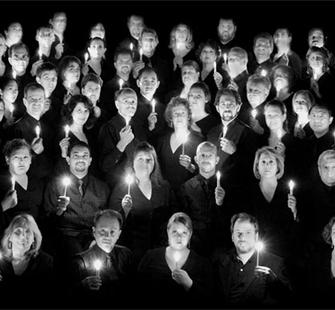 The Choral Project has developed an outstanding reputation for performing high-level choral literature and bridging the gap between text and music, singer and spectator. Under the direction of Daniel Hughes, the award-winning ensemble has performed throughout the world in concert performances, receiving rave reviews and standing ovations. The San Jose Mercury News hailed the choir as “a Bay Area jewel,” stating that “there is nothing subtle about why this is one of the best choirs you will ever hear.” The Choral Project has received awards in some of the world’s most cherished choral festivals, including first place (Choir's Choice category), second place (Required Pieces category), and third place (Folk Music category) at the 2007 California International Choral Competition; and second place (Mixed Choir) at the 58th annual International Eisteddfod in Wales, where they were described by the international panel of judges as a "tour de force." Committed to a vision of “healing our world through music and words,” The Choral Project’s philosophy of how words and music can transform mankind is a perfect marriage with the artistic mission of Divide Light.