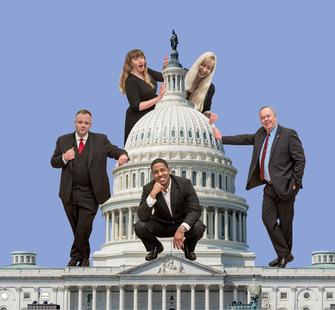 As The Washington Post raves, the Capitol Steps are “an oasis of good-natured ribbing in a fiercely partisan world.” Congressional staffers turned comedians, the Steps have slayed the country with their hilarious send-up of the people and institutions that once employed them.

Their sketch and improvisational comedy offers a mix of song and standup, lampooning modern political leaders and taking on the major issues of the day. No issue and no public figure, Democrat or Republican, escapes the satire.