TICKET PRICES : Sorry, this concert is SOLD OUT. 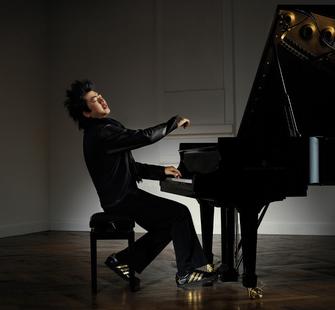 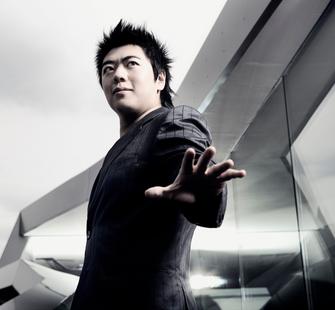 
Get Flash to see this player.

“The ebullient Lang Lang is maturing as an artist…his playing is refined, almost severe. He has an intelligent way of shaping phrases, controlling dynamics, varying articulations . . . a captivating performance, the kind that you remember as much for its quiet stretches as for its wow factor.” —New Yorker

“Lang the magician is slowly transforming himself into Lang the musician…there will be no stopping this nonchalant dervish of the keyboard . . .his playing was so raptly beautiful that one was afraid to breathe for fear of missing anything.” —Chicago Tribune

27-year-old Lang Lang has played sold out recitals and concerts in every major city in the world and is the first Chinese pianist to be engaged by the Vienna Philharmonic, Berlin Philharmonic and all the top American orchestras.

Tens of thousands of people have enjoyed Lang Lang’s performances in open-air concerts in parks and venues around the globe, including New York City’s Central Park, Hollywood Bowl in Los Angeles, Chicago’s Ravinia Festival, Theaterplatz in Dresden and Hamburg’s Derby Park. In December 2007, Lang Lang was guest soloist at the Nobel Prize concert in Stockholm, an event attended by the Nobel Laureates and members of the Royal Family. He returned as soloist for the 2009 Nobel Peace Prize awarding ceremony and concert for President Barack Obama.

Lang Lang began playing piano at the age of 3 and by the age of 5 he had won the Shenyang competition and had given his first public recital. Entering Beijing’s Central Music Conservatory at age 9, he won first prize at the Tchaikovsky International Young Musicians Competition and played the complete 24 Chopin Études at the Beijing Concert Hall at age 13. Lang Lang’s break into stardom came at age 17 when he was called upon for a dramatic last-minute substitution at the “Gala of the Century,” playing the Tchaikovsky concerto with the Chicago Symphony. Following this gigantic debut, he performed successful concerts around the world – The Times in London remarked: “Lang Lang took a sold-out Albert Hall by storm… This could well be history in the making.” He has made numerous TV appearances, including "The Today Show," the "Tonight Show" with Jay Leno, "Good Morning America," CBS's "Early Show" and "60 Minutes," among many others. Lang Lang has been featured on every major TV network and in news and lifestyle magazines worldwide, including such diverse publications as The New Yorker, Esquire, Vogue, The Times, Financial Times, GQ, Cosmopolitan, Die Welt, Reader’s Digest and People. Hailed by the Chicago Tribune as the “biggest, most exciting keyboard talent encountered in many years,” Lang Lang has progressed from one triumphant appearance to the next.

This program is scheduled to include:

(NOTE: Program is subject to change.)