A Virtual Screening and Conversation with Margaret Laurena Kemp 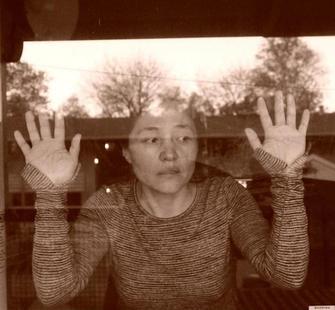 Multi-disciplinary performing artist Margaret Laurena Kemp discusses her recent work during lockdown, and introduces a virtual screening of AntigoneNOW, a contemporary response to the classical play she co-directed, which was rehearsed and created collectively online between the USA, Singapore, Japan and the UK using mobile phones, IPad and video. We’ll talk about how to model collaboration, research, creativity and community engagement through a digital platform.

NOTE: This conversation will be accompanied by a special screening of AntigoneNOW on Vimeo. For the best listening experience, headphones are recommended.

Margaret Laurena Kemp is an actor, a multi-disciplinary performing artist, writer and teaching artist. Her research explores authorship and spatial politics through performance. As an actor, Kemp has appeared on regional and international stages, including Arena Stage, Mark Taper Forum, Yale Rep, South Coast Repertory, La Mama Theatre (Melbourne, Australia), Theatre of Changes (Athens, Greece), Red Pear Theatre (Antibes, France), and The Magnet Theatre (Cape Town, South Africa). She won worldwide praise for her starring role in the film Children of God. Among her many accolades, Kemp received the 2019 MICHA Michael Chekhov Scholar Award, and her UC Davis production of The Bluest Eye was honored with Kennedy Center American College Theatre Festival Awards for Outstanding Ensemble, Outstanding Directing, Outstanding Costumes and Special Prize for Puppetry as well as being selected as a regional nominee (region VII) in 2019.  She has been awarded prestigious artist residencies at The Headlands (USA) 2017; Bundanon Trust (Australia) 2017; and The Lucas Artists Residency Program at Montalvo Arts Center (USA) 2017; 2019. Within her performance practice, Kemp questions how systems of scientific and social engineering manipulate voice, breath, flesh, communities and the natural world. Within actor training environments while specifically teaching voice, speech, movement and acting, she incorporates and re-contextualizes interdisciplinary topics such as Identity, Movement Theory, Accents-Dialects, Contemporary and Classical Heightened text, Solo Performance and Devised Theatre. Kemp is an Associate Professor of Theatre and Dance at the University of California, Davis and Director of Creative Projects and on the advisory board of the Fitzmaurice Institute, which supports people in finding and using their unique voices—in healthy, clear, and creative ways—while also developing greater freedom and presence. She also is a faculty member of MICHA Michael Chekhov Association, which strives to be a support to and global resource for those engaged in practice and research as it relates to Chekhov’s psychophysical performance approach and its many forms of application.