I Wish I Knew What to Say 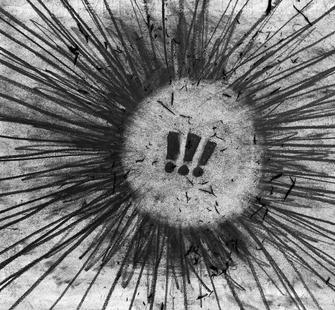 NOTE: This exhibition is open during Carriage House Concerts and special events only.

Kim Beck is a Fellow at the Lucas Artist Program (LAP) at Montalvo Arts Center. The works on view in this exhibition were created by the artist during a three month residency at the LAP this spring. Kim Beck’s new animations and works on paper are based on experiences of external and internal landscapes, the limits of representation and language, and the process of drawing as a metaphor for change.

Several of the works on paper are based on found photographs of a California landscape. The repetition of the photographic image in her drawings invites the viewer to reconsider our traditional understanding of photography as a reproducible medium and drawing, conversely, as a unique and singular mode of art making. The anonymity of the original photographer and site together also convey a sense of the mystery of place. Another set of works on paper are based on the artist’s hikes through the woods and mountains, pair text with color swatches based on the artist’s walks around Montalvo’s grounds. Annotated like informal diary entries, these works capture the experience of walking through a particular place at a particular time, like a mental and experiential snapshot.

These works are followed bya larger series of graphite drawings and animations. Beck made these stop-frame animations by drawing and erasing, photographing them each step of the way. Like palimpsests revealing traces of the previous gestures, the drawings are as much the residue of Beck’s animations as their starting point. As Beck says of the work:

“These animations reflect the experience of being alive – the cycle of gestures, choices and actions countered by loss and change. The phrases written on some of the drawings, such as “I wish I knew what to say” and “There are no words” are a response to feeling at a loss for language: this last year my mother died, and then on top of that unspeakable experience, the country catastrophically lost the election. These losses have made language almost impossible. These drawings are on the edge of where written language and gesture meet, where a scribble might become a written word. As Samuel Beckett writes in his play The Unnamable: “You must go on. / I can't go on. / I'll go on.”