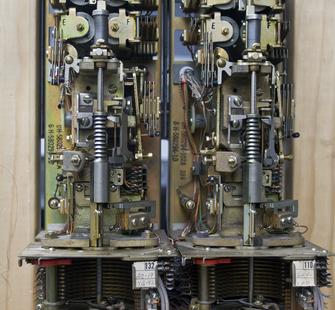 There is nothing particularly lighthearted about global climate change. Or terrorism. Or the history of colonialism. Or global outsourcing. Or pervasive war. Or inescapable poverty. Or a failing educational system. Or a failed relationship, for that matter. Yet, if we are honest, regardless of where we stand, these are among the weighty topics none of us can evade as we contemplate the future.

In this contemporary context, “what’s next?” the age-old question at the intersection of art and technology takes on a new urgency. The future will undoubtedly have a significant technological quotient. It must also have an ethical framework. The supercharged collision between innovation, the way things are now, and an irrepressible need to re-imagine what matters next is what compels the artists in Superlight.

The artists in Superlight lighten but do not make light of the seemingly intractable problems facing us. They use the tools at hand, especially contemporary technology, popular culture, and the hybrid, virtual reality that we increasingly inhabit, to aerate and illuminate. They enlighten without getting heavy. They practice levity without making fun. They embrace ambiguity as an elemental life force. They believe in their issues without having to prescribe exactly how others should feel; without dictating how, precisely, others should act.

Superlight is not a style. Nor is it devoted to a specific medium. Work ranges from printed leaflets to algorithmic films to kinetic sculptural installations. Yet all of the work in Superlight shares an affinity for the glossy culture in which we live, whether it is the ever-present Blackberry-iPhone, constantly feeding us the latest headlines, like Lynn Hershman Leeson’s Global Mind Radar/Reader (an Emotional Barometer) or the commercial-looking light boxes of Kota Ezawa that both memorialize the Spring 2007 IKEA catalog and critique the culture of consumption wherein it is our patriotic duty to shop and keep on shopping.

Some of the works in Superlight are topical, such as Jane Marsching’s audio-visualization of temperatures at the North Pole over the course of the next 100 years or Piotr Szyhalski’s propaganda meticulously produced according to the rules and procedures of US military PsyOps manuals. Genevieve Grieves, an artist from the Worimi Nation in Australia, humorously reimagines the real story behind falsely honorific colonial-era photographs in Picturing the Old People. The British group Harwood, Wright, Yokokoji examines the paradoxical role of coltan, a rare mineral used in most cell phones, which both contributes to genocidal war in the Congo, where it is mined, and aids refugee populations to stay connected through the enabled telecommunications network.

Other works deal with the enduringly human, such as Bruce Charlesworth’s mysteriously interactive Love Disorder or Lián Amaris Sifuentes’ 72-hour ordeal on a Manhattan traffic island becoming Fashionably Late for the Relationship.

Still other work in Superlight is more obliquely metaphorical. Is Jennifer and Kevin McCoy’s Heaven and Hell about being nice to people on the way up or the inevitability of descent? Situated in Silicon Valley, is it about the tribulations of the business cycle in particular or the giddy rollercoaster of humanity in general? Adam Nash’s Ways to Wave teaches us a new way to make music amidst the dissonance of displacement, both physical and virtual.

The term superlight has many possible connotations, from weightlessness to levity to brightness. The artists in Superlight use these characteristics to shine a bright light on some of the weightiest issues of our time with a deft and often humorous touch. The result is that through their collective work they confound our expected question, what’s next, with a question about technological progress and its consequences. Given what is coming next, global climate change, for instance, what kind of ethical progress can we make toward a superlight framework for an enlightened and danceable, light-on-our-feet future?