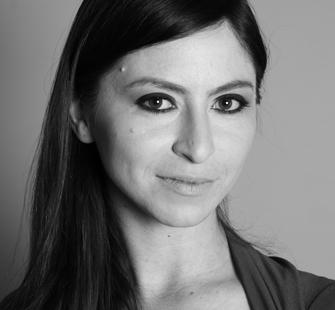 Aviya is a winner of the Under 30 Project, a contest created by the members of Kronos.  The members select the one musician they feel most artistically committed to, and that person is given the opportunity to write a new work for the group.

Aviya Kopelman, was born in Moscow in 1978 and immigrated to Israel in 1987. She says, "Composing to me is a vocation and a mission. I feel that if I am able to create a powerful emotional and spiritual experience, it is my duty to try and do so. Music is a world unto its own, containing all the varied emotions of human experience, both negative and positive; an imaginative world that has me riveted, fills me up and makes me happy. I try to communicate all this to whoever may listen to my music." She graduated from the Rubin Music Academy in Jerusalem, and her music has been performed internationally.

The Lucas Artists Program at Montalvo Arts Center was where Aviya was given the opportunity to compose in a nice quiet space. Aviya's new work for Kronos will get its first performance at Zankel Hall in Carnegie Hall on February 22, 2008, and its U.S. West Coast premiere at Cal Performances in Berkeley, California, in 2008/09.