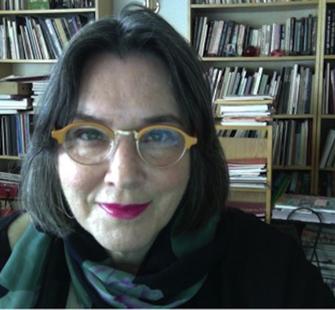 Klonarides previously served as Curator of Programming at the Santa Monica Museum of Art (1997-2000); and Media Arts Curator at the Long Beach Museum of Art (1991-95). From winter 2006 to March 2008, she was a consultant at the Getty Research Institute working with the Long Beach Museum of Art Video Collection, which was acquired by the Getty. She participated in the Whitney Museum Independent Study Program, and later received her MA in Media Studies from the New School of Social Research, NYC.

As a living witness of the evolution of the downtown New York art scene (1972-91) and the genesis of Los Angeles’ evolution as the now proclaimed center of the international art world (1991 to present), Carole Ann Klonarides will be spending her time at Montalvo developing an abstract proposal for her next project, which may be a book, film, long form essay on the evolution of these art communities, and the mythologies that surround them. Her chosen creative medium (videotape) has become “extinct” in her lifetime, which is a subtext for this project.

Klonarides’s MICA-TV tapes are held in the permanent collections of the Museum of Modern Art, New York, the Metropolitan Museum, the Whitney Museum of American Art, The Walker Art Center, The Centre Georges Pompidou, Museu - Fundação Calouste Gulbenkian, Lisbon, Portugal, and The Wexner Center for the Arts, Columbus, Ohio, and are distributed by Electronic Arts Intermix, New York and Video Data Bank, house in the Art Institute of Chicago. Klonaride’s recent curatorial projects include “"The Return of Schizo-Culture" and "Cine Virus" on the occasion of the 40th anniversary, of the influential press, Semiotext(e), for MOMA and PS1, New York and at RedCat in Los Angeles.