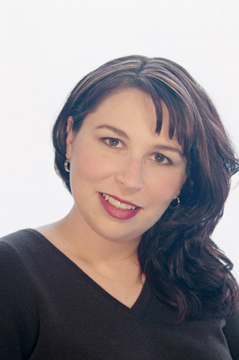 Kathleen Moss has been recognized as a singer with a “great voice and projection, and a dramatic ability seldom seen on the opera stage.” (San Francisco Classical Voice)

In 2008 Moss has appeared as Judith in Berkeley Opera’s Bluebeard’s Castle, Mrs. Grose in San Francisco Lyric Opera’s production of The Turn of the Screw, and as Maddalena in Rigoletto with Opera San Jose.

Other recent credits include: Suzuki in Madama Butterfly with Opera San Jose; Polina in Pique Dame with West Bay Opera; Second Lady in Die Zauberflöte; Bianca in The Rape of Lucretia and Donna Elvira in Don Giovanni with San Francisco Lyric Opera; Cherubino in Le Nozze di Figaro and Suzuki in Madama Butterfly with Cinnabar Opera;  Mad Margaret in Ruddygore and Ruth in Pirates of Penzance with The Lamplighters;  Boulotte in Bluebeard and Maddalena in Rigoletto with Pocket Opera; Hansel in Hansel and Gretel with Opera a la Carte and she covered the role of Anna Hope in The Mother of Us All with San Francisco Opera.

On the concert stage, Moss appeared most recently as the Angel in The Dream of Gerontius with the Sacramento Choral Society and Orchestra. She has performed as a soloist in the Messiah with the Stockton Symphony and as a featured soloist in the San Francisco Earthquake Centennial Concert, broadcast live on National Public Radio.

Moss is equally at home on the musical theater stage and has performed with such companies as American Musical Theater of San Jose, TheatreWorks of Palo Alto, and Sacramento's Music Circus.