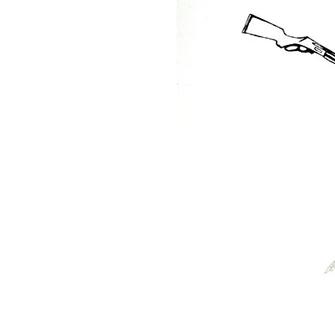 Michele Carlson is a practicing artist, writer, educator, and curator whose trans-disciplinary research investigates the intersections of history, loss, power, and visual culture. Carlson was born in Seoul, Korea, but grew up in Seattle, WA where she attended the University of Washington. She received a BFA in Printmaking and BAs in Interdisciplinary Visual Arts and History. After her undergraduate work, she moved to the San Francisco Bay Area where she completed a Dual Degree MFA in Printmaking and MA in Visual & Critical Studies from the California College of the Arts.

Her visual works, primarily collaged drawings on paper, have been exhibited nationally at venues including Patricia Sweetow Gallery, the San Francisco Arts Commission, Intersection for the Arts, and Cerasoli Gallery, Los Angeles. She has received awards and fellowships from Kala Art Institute, San Francisco Arts Commission, and the Reader’s Digest Museum Foundation. Her critical writings and creative writings have been published in numerous publications including Art in America, Hyphen, Art Practical, and Afterimage and various exhibition catalogs. She is a regular contributor for KQED Arts where she writes about art and digital culture. She is currently working on an independent series of essays called The Visits, which engage the intersections of incarceration, memory, place and visual culture.

In addition to her visual work and writing practices, Carlson is the Editor in Chief for Hyphen, a national print and online publication focusing on Asian American culture and politics. She is a member of the Curatorial Committee at Southern Exposure, in San Francisco, where she recently co-curated an exhibition titled Reverse Rehearsals, which was an iterative collaboration between 18 artists and writers. She was recently awarded the curatorial award at ProArts Gallery, Oakland, CA where she curated the solo exhibition for ceramic artist Ehren Tool.

She also collaborates with artist/poet Matthew Gordon on Harry and Ernie, a moniker that offers the conceptual space to create editions, artist books, chapbooks and other tangible ephemera.

Carlson hosts the imprint Related Tactics, which entertains diverse projects that aim to support artists of color, particularly within the field of art writing and criticism.

She teaches in the graduate Fine Arts and graduate Visual and Critical Studies departments at California College of the Arts, San Francisco, CA. She lives in Oakland, CA and has officiated four weddings.