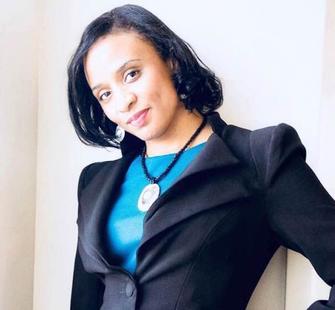 Venus Jones is an accomplished poet, actress, and teaching artist. She can be found waging peace through poetry at elementary schools, high schools, and colleges. She grew up in Akron, Ohio and spent many years in Tampa, Florida. Today she’s a resident of San Jose, California.

She earned an MFA in creative writing from Mills College. She’s a former MTV intern and opened for Def Poetry on Broadway. Her image has appeared in countless commercials, in a blockbuster film, on the cover of a billboard, and on Spoken Vizions magazine.

Her poems have appeared in several printed anthologies and online journals. Other publications include four self-published spoken word CDs and two books entitled, She Rose and Lyrics for Langston.  In her spare time, she can be found laughing it up with Steve, who's also her best friend and husband of more than a decade.