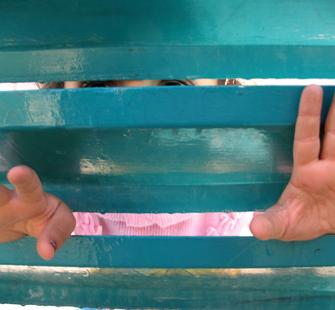 During the 2007-2008 season, Montalvo Arts Center presented the region-wide initiative, IRAQ: REFRAME. The initiative was composed of visual, performing and media arts that took place at Montalvo and throughout the bay area at various sites including Stanford University, the Institute of Contemporary Art in San Jose, and Triple Base Gallery in San Francisco. The initiative was designed to explore Iraq not simply in terms of geography or as a site of conflict, but rather as a point of entry. The destruction of art and culture in Iraq, which is immeasurable, began decades ago under the weight of the Iran-Iraq war, dictatorship, the first Gulf War of 1991 and sanctions. Attacks on artistic and intellectual institutions -- both modern and ancient -- the largest migration of people in recent history, and the rise of fundamentalism, sectarianism and violence have severed ties to resources, history and civil society. By attending to individual life histories, experiences and artistic practices, the various programs provoked questions and a reconfiguring of the dialogue pertaining to Iraq that emerged through the consideration of what the enormous losses of life, culture and humanity in Iraq mean for the world as a whole.