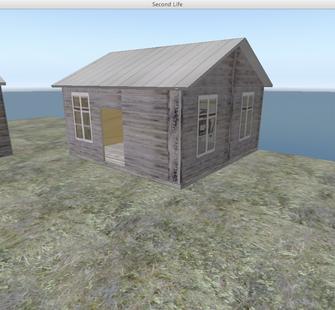 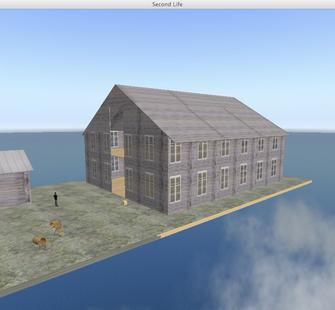 Tool Shed Days, a field of projects for the 2nd Biennial 01SJ Global Festival of Art on the Edge began, as Sam Gould of Red76 explains, as an exploration of “the possibilities of Second Life as a platform for investigations into radical social histories and the often invisible roles that these histories play within society as a whole.” Several projects were developed that resulted in virtual tools for the investigation of various emerging and established social histories. These virtual tools translate to real-life platforms that can be used to stage various acts of resistance. For Befriend a Recruiter (an on-going Red76 collaboration with Iraq Veterans Against the War) a counter recruitment center was built in Second Life, where interested individuals could go and learn how to “tie-up” US military recruiters’ time by posing as someone interested in enlisting, without actually signing on for military service. Also in Second Life, Second Home, a virtual construction that nods to the historic turn of the century free-love community of Home, Washington, provides an online archive of historical ephemera, an opportunity for virtual homesteading and a virtual meeting hall. All of the virtual works are balanced by a decidedly analog approach: the manufacture of newspaper-style publications and organization of gatherings and discussions that will be distributed and enacted throughout San José during the 01SJ Festival. The conflation of virtual reenactment and reconstruction with real-time, real-world resistance represent a less-than-traditional approach to the field of New Media Practice that offers a strong tactile presence to an all to often virtual-only field of production.