2011 Sculpture on the Grounds Celebration 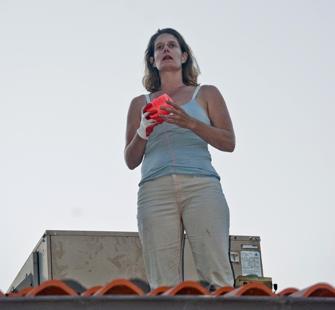 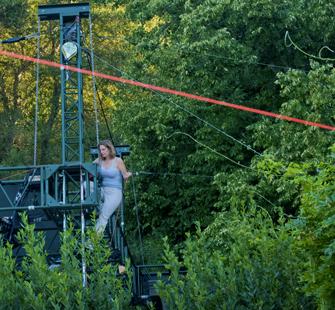 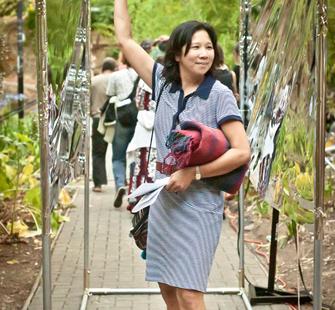 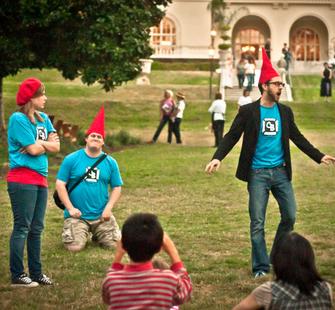 On July 29, 2011, the community was invited to Montalvo to celebrate the opening of our new Sculpture on the Grounds: "Traces, Twigs, and Time."

Those in attendance enjoyed live music, libations, and food, had an opportunity to meet the artists, and experienced some surprises! A Final Fridays performance by Ernesto Martinez and a reception in the Project Space Gallery for the new exhibition, Records and Marks, were also part of the evening.

In addition to the artworks on display, the party featured several special one-night only installations on the grounds by sonicSENSE and students from UCSC’s OpenLab, and performances by Artist in Residence Nancy Popp and the Cardboard Box Theatre Project.

Click here to read a write-up of the evening in ARTslant!

One-Night-Only Performances and Sculpture from the Evening: 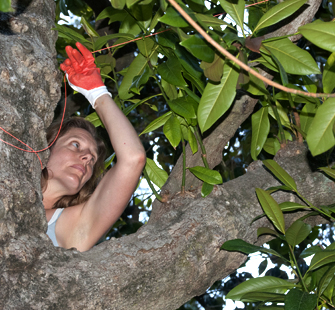 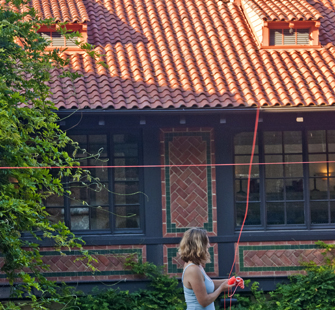 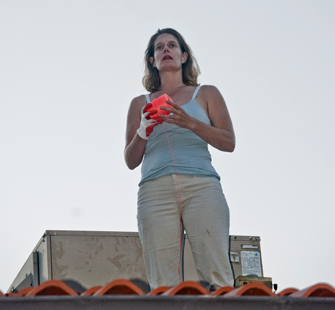 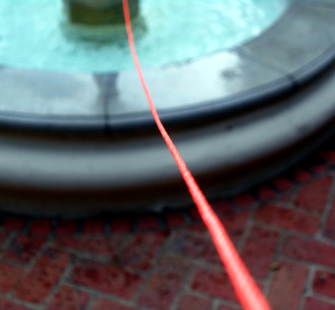 Throughout the evening of the celebration, artist Nancy Popp marked the trajectory of her body through the buildings and grounds of Montalvo using a florescent orange mason line. During the 3 hour period, Popp traversed public pathways and off-limit areas, including trees and buildings, exploring how our experience of public space is structured through spatial boundaries and written and unwritten codes of use. Envisioned as a three-dimensional drawing, the orange mason line could be seen as visible evidence of the movement of Popp’s body through Montalvo’s grounds.

This intervention develops out of Popp’s series Untitled (street performances). In 2005, Popp commenced a series of climbing actions in which she daringly scaled urban infrastructure, in particular street lights, transforming their function and highlighting new and unexpected relationships between the body and the cityscape. Popp has performed these actions throughout the US and internationally. In 2010, she expanded this practice to include performances with mason line. As part of the Los Angeles performance festival, PERFORM! NOW!, Popp scaled walls and rooftops and traversed streets, alleys and intersections in the city’s Chinatown. She used the visual trace of the mason line to mark the physical boundaries of the festival (the locations of participating galleries and featured performances), as well as the social borders between the local Chinese community and contemporary art community-two distinct constituencies who occupy the same urban area but seldom interact . 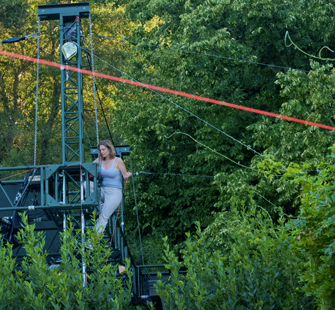 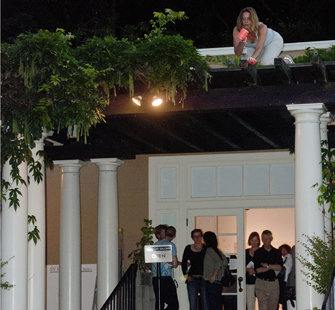 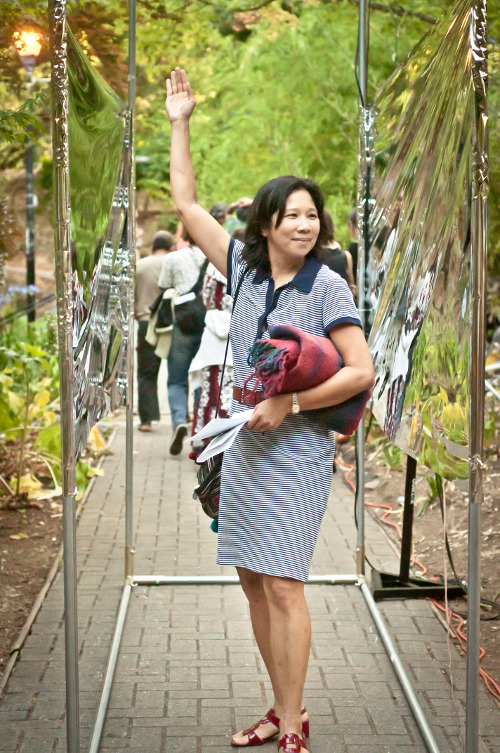 Using a series of electronically activated valves, SonicSENSE (part of the OpenLab program at the University of California Santa Cruz) were able to "play" the ponds situated along Montalvo's walking paths adjacent to the Front Lawn. The sound composition used falling water as "notes." Visitors were able to linger at either of two arbors, or listening posts, on each end of the pond and their passing movements through a shimmering corridor also activated sounds. 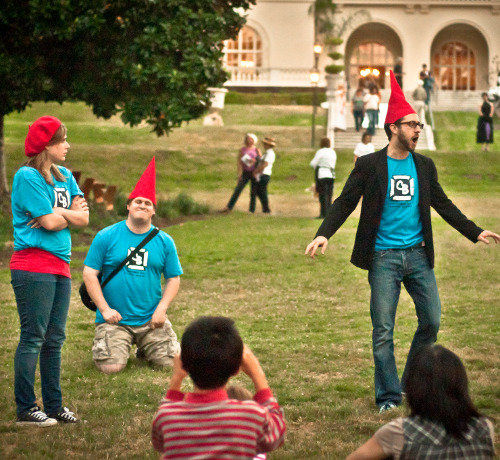 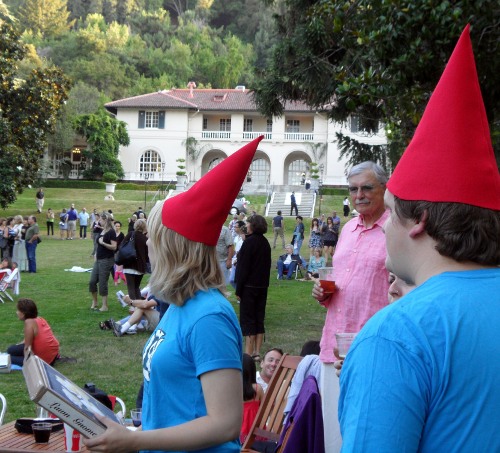 The Cardboard Box Theatre Project creates spontaneous theatrical performances in public spaces. At the celebration, this quirky group appeared as living lawn gnomes, musing and philosophizing about life as they pulled audience members in to participate in the performance.

<--Back to Sculpture on the Grounds