Meet the Company of "The Comedy of Errors"

Presented in partnership with

The players for The Comedy of Errors, performed by Shakespeare Santa Cruz at Montalvo Arts Center, September 2011. 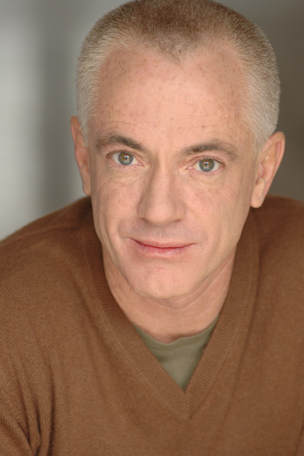 Danny Scheie has directed The Merchant of Venice, The Tempest (Dramalogue), The Taming of the Shrew, A Midsummer Night’s Dream, Cymbeline, and Kaufman and Hart’s Once in a Lifetime, and The Comedy of Errors, thrice, for Shakespeare Santa Cruz. He was also artistic director from 1992-1995. His SSC debut was as Rosencrantz in Tom Stoppard’s Rosencrantz and Guidenstern are Dead in 1985. For the past eight seasons he has acted with the California Shakespeare Theater where he is an Associate Artist. His performance as Nick Bottom was on the cover of American Theater magazine this year. Other recent credits include Valère in La Bête at Asolo Rep in Florida, Peter Sinn Nachtrieb’s new play BOB at the Humana Festival in Louisville, Foppington in Amy Freed’s Restoration Comedy (Cal Shakes and the Old Globe in San Diego), and Nero in her You, Nero at Berkeley Rep and South Coast Rep, a role which he will reprise at Washington DC’s Arena Stage in November, and for which he won the Bay Area Theatre Critics Circle Award for Leading Actor.

Carly Cioffi’s (Luciana) is thrilled to be working for SSC for the first time. Recent Bay Area credits include Seagull at Marin Theatre Company, David Greenspan's She Stoops to Comedy at the San Francisco Playhouse, We Players’ Hamlet on Alcatraz, and Amy and David Sedaris' Book of Liz with Custom Made Theatre. Select east coast credits include: Townville! (LaMaMa etc.), The Deepest Play Ever (NY Fringe and Fringe Encores), They’re Just Like Us (CollaborationTown), Venus (Olney Theatre Center), and Richard III (Boston’s Young Talent). Cioffi received her BFA from Boston University.

Susan Engbrecht (Adriana) is very happy to be a part of Shakespeare Santa Cruz’s 30th anniversary season. At SSC, she has played Kate in The Taming of the Shrew, Kristine Linde in A Doll’s House, Bassanio in The Merchant of Venice, Mistress Ford in The Merry Wives of Windsor, Lola in Damn Yankees, and the Widow Capilet in All’s Well That Ends Well. Susan’s other theatre credits include Rhinoceros (Berkeley Repertory Theatre), The Imaginary Invalid and Big Night (Yale Repertory Theatre), and Round and Round the Garden (South Coast Repertory Theatre). She has also performed at The Magic Theatre, San Jose Repertory Theatre, American Musical Theatre, Marin Theatre Company, Aurora Theatre, Lake Tahoe Shakespeare Festival, The Dallas Theatre Center and the San Diego Repertory Theatre.

Joan Mankin’s (Egeon/Angelo/Pinch) most recent roles include: Gertie in Fuddy Meers at Marin Theatre Company, Lady Boyle in Superior Donuts at Theatreworks, Mrs. Gottlieb in Dead Man’s Cell Phone and Bell in The Fantasticks at S.F. Playhouse, Sylvia in Tales of Graceful Aging on the Planet Denial at Ashby Stage, Miss Prism in The Importance of Being Earnest at Marin Shakespeare Company, Snug and Philostrate in A Midsummer Night’s Dream at California Shakespeare Theater, Henny in Bosoms and Neglect at the Aurora Theater, Bobchinsky in Government Inspector at ACT, and The Mother in Black Rider at the Ahmanson Theater in Los Angeles. Joan has been a company member of the SF Mime Troupe, Lilith Women’s Theater, the Dell’Arte Company, and the Pickle Family Circus. She is on the faculty of the SF Circus Center, and spent five weeks in China in 2008, teaching clowning to professional acrobats.

Brad Myers (Balthazar/Abbess/2nd Merchant) performed with SSC in seven seasons during the late 1980’s and 1990’s. Productions included Love’s Labor’s Lost (Navarre), Titus Andronicus (Marcus), A Doll’s House (Rank), Taming of the Shrew (Baptista) Company (Harry), The Comedy of Errors (Emilia) and Much Ado About Nothing (Leonato). Other theatre credits include Richard III, Merry Wives of Windsor, Othello (Cal Shakes); Much Ado About Nothing, The Tempest, Henry VIII, The Mikado, A Winter’s Tale (Utah Shakes); Twelfth Night, Taming of the Shrew (Lake Tahoe Shakes), and They’re Playing Our Song, Lady in the Dark, A Day in Hollywood..., Die Fledermaus (Seaside Music Theatre). Brad is a Professor of Theatre at California State University, Fresno.

Beethovan Oden (Solinus/Courtesan/Nell) is ecstatic to be making his Santa Cruz Shakespeare debut. A native of Oakland, California, he received his BFA in Theatre at Cornish College of the Arts. He has studied at Chautauqua Conservatory, the School at Steppenwolf and is currently receiving his MFA in Acting at SMU. Favorite roles include: Thamie (My Children, My Africa), Stage Manager (Our Town), Mr. Bohun (You Never Can Tell) and Telegin (Uncle Vanya). A Black Theatre Alliance Award winner (Thamie) and a nominee for the Camera’s Eye Award (Stage Manager), he is excited to be performing at home in the Bay area.

Mike Ryan (Antipholus of Ephesus/Antipholus of Syracuse) first appeared at Shakespeare Santa Cruz in 1997. Since that time he has appeared in over thirty productions at SSC, most recently Love's Labor's Lost, Othello and Shipwrecked!. Santa Cruz audiences may also know him from the Jewel Theatre Company's Of Mice and Men and Doubt. Other recent Bay Area credits include the West Coast Premier of Legacy of Light at the San Jose Rep. He has worked regionally from California to New York and at Shakespeare festivals in Oklahoma, Oregon, Texas and Idaho. He received his BFA from Southern Methodist University and his MFA from UCSD.

Jonathan Shue (Musician/Officer/1st Merchant/Jailer, Composer/Arranger), a Bay Area native, has appeared in numerous shows around the region. Notable credits include playing a host of characters in Silk Stockings and Peter in Babes In Arms (42nd Street Moon), Pepys in Compleat Female Stage Beauty (City Lights Theatre Company), Chester in A Civil War Christmas (TheatreWorks), Simon in Hay Fever (Pear Avenue Theatre), multiple roles in As You Like It (San Jose Rep), Scripps in The History Boys (New Conservatory Theatre Center), and 16 productions including an international tour with California Theatre Center. A proud Bruin, he is also a musician and songwriter. www.jonathanshue.com