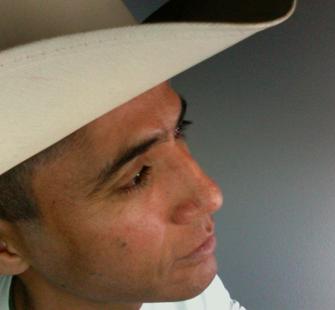 Adán Avalos is a PhD candidate at the University of Southern California School of Cinematic Arts. His dissertation focuses on Latino migrant communities and media consumption/production. Avalos presented chapters of his dissertation nationally and internationally. In his academic work, Avalos reclaims part of Mexican film history often dismissed by scholarly research by focusing on exploitation or what he calls naco films of the 1970s and 1980s. Although popular with recent immigrants, naco films’ low production values and straight to video distribution previously excluded them from circles of intellectual inquiry. Avalos believes that these films may teach us a great deal about the immigrant experience, cultural consumption and Chicano society. His essay titled “The Naco in Mexican Film: La banda del carro rojo, Border Cinema and Migrant Audiences” will be published in the forthcoming Latsploitation: Latin America and Exploitation Cinemas edited by Victoria Ruétalo and Dolores Tierney (Routledge Press, New York).

Avalos’ dissertation topic pays tribute to his personal experience as the tenth child in a Mexican migrant labor family of eleven based in the agrarian community of Madera, California. He was raised following the crops on both sides of the US/Mexico border.

Avalos believes in exploring both theory and practice of art, directing his own documentaries and art installations. Avalos studied with conceptual artist Charles Gaines, muralist and filmmaker Ernie Palomino, writer Juan Felipe Herrera but he also draws influence from his personal experience as a migrant worker. His work reflects this broad range of interests and borrows from his academic theory, encompassing traditional fiber art, documentary film, photography, ceramics and printmaking. His films explore the lives of low income Latino population in the Central Valley of California. His most recent documentary centers on a panadero a baker who has delivered Mexican bread to the same Latino neighborhoods for decades. Avalos is currently at work constructing a life-size soft sculpture piece of his iconic Chicano vehicle, a 1961 Ford Ranchero.