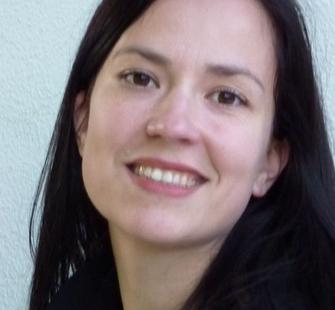 Amely Spötzl was born in 1975 in Biberach on Riss, Germany.  She resides and works in Bonn, Germany. Spötzl studied sculpture at the Alanus University of Arts and Social Science, Bonn/Alfter Germany.  In recent years, she has lectured, drawn, sculpted and worked in mixed media there.

With her work Spötzl follows a consistently independent artistic path. Natural finds are the source from which she builds objects of a poetic narrative manner that oscillates between plant abundance and conceptual rigor. The moment of conquering characterizes her work. Force beyond a purely by violence generated dominance. The chosen pieces in turn force the artist to the highest concentration, calmness and thoughtfulness, without which none of the objects would obtain their enormous strength. Only this meditative control leads to a successful surrender of the material without its destruction. The carefully controlled filigree and delicacy of the work, creates a state of presence, disconnected from reality and almost transcendent. From referrals to religion and its mechanisms through to the acquisition of formal achievements of art history Spötzl creates an intrinsic network of references within her work.

In 2010, Spötzl received the Alanus Award for Fine Arts.