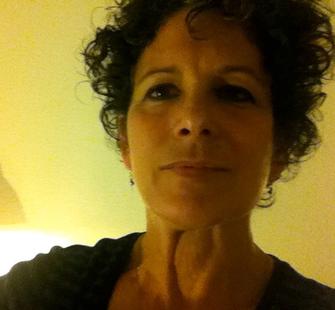 Amy Trachtenberg was born in 1955 in Pittsburgh, Pennsylvania. She currently resides and works in San
Francisco, California. Trachtenberg received
a BA in French and Liberal Studies from California State University-Sonoma,
California, and the Diplôme d’Art Plastique with honors from L’école Nationale
Supérieure des Beaux-Arts in Paris.

Trachtenberg’s
works are included in collections at the Achenbach Collection at the Museum of
Fine Arts San Francisco, California; the San José Museum of Art, San Jose,
California and the Haitian Embassy in Paris. Her commissioned works and theater
collaborations have been shown and installed at Pixar, Emeryville, California, Yerba
Buena Center for the Arts, and in and on numerous public buildings.