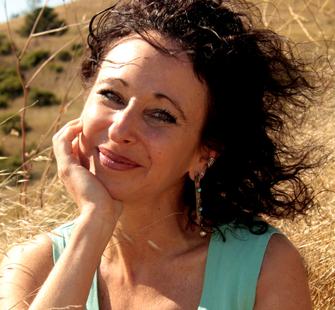 Andrea Clearfield (b. 1960) is an award-winning American composer of music for orchestra, chorus, chamber ensembles, dance, and multimedia collaborations. She has been praised by the New York Times for her “graceful tracery and lively, rhythmically vital writing”, the Philadelphia Inquirer for her “compositional wizardry” and “mastery with large choral and instrumental forces” and by the L.A. Times for her “fluid and glistening orchestration”. Her works are performed widely in the U.S. and abroad. Commissions include works for The Philadelphia Orchestra, Carol Wincenc, The Debussy Trio, the Los Angeles Master Chorale, Turtle Creek Chorale, Mendelssohn Club, Orchestra 2001, and Network for New Music. She has composed ten cantatas for voices and orchestra. Her new cantata, “Tse Go La” (At the threshold of this life) for double chorus, electronics and chamber orchestra incorporates Tibetan melodies that she has been documenting in the remote, restricted Himalayan region of Lo Monthang, Nepal. The work, commissioned by the Mendelssohn Club and the Pennsylvania Girlchoir will be premiered on April 29. 2012 with the Chamber Orchestra of Philadelphia. Dr. Clearfield was the recipient of a Fellowship at the American Academy in Rome from the American Composers Forum, 2010 and was awarded 2012 fellowships from the Rockefeller Foundation’s Bellagio Center and the Civitella Ranieri Foundation in Italy and a Fundacion Valparaiso residency in Spain. She was invited to be a guest composer at the XI International Conservatory Week Festival in St. Petersburg, Russia in October, 2011. She has also been the recipient of fellowships at Yaddo, the MacDowell Colony and Virginia Center for the Creative Arts among others. She has received grants and awards from numerous organizations including ASCAP, the NEA, American Music Center, American Composers Forum, International Alliance for Women in Music, Independence Foundation and Pennsylvania Council on the Arts. She has served on the composition faculty at The University of the Arts since 1986. Clearfield is also the founder and host of the renowned Philadelphia Salon concert series now celebrating its 25th year featuring contemporary, classical, jazz, electronic, dance, and world music and winner of Philadelphia Magazine’s 2008 “Best of Philadelphia” award.