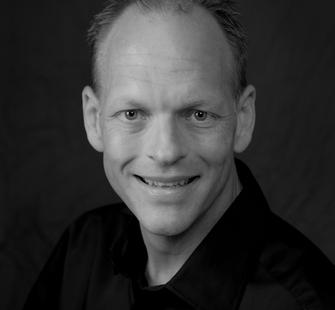 Andrew Eisenmann began his singing career by taking the advice of an eighth grade student in Cottonwood, Calif., in 1990. By 1991, he was introduced to one of his mentors, 25 year-old Metropolitan Opera mezzo-soprano soloist Irene Dalis, and was invited to become a member of the exciting Opera San José Artist in Residence Program. After two seasons, he was awarded a principal residency and performed 15 leading operatic roles for San Jose and San Francisco Bay Area audiences. In 1997, Andrew performed the world premiere song cycle of Craig Bohmler’s Why I Like Movies (later adding orchestration and changing the name to Cinema Song), which was written for him.

In 1998 – 1999, he made company debuts with Opera Memphis (Schaunard in La Bohème), and the Baltimore Opera (Eugene Oñegin and Giordano’s Andre Chénier). In 1999, Eisenmann debuted as a guest soloist at Carnegie Hall in Fauré’s Requiem at The Kennedy Center in Vaughn-Williams’ Five Mystical Songs, and at the Prague Music Festival (Mozart’s Requiem).

In 2000, his debuts included Zurga (Les Pêcheurs de perles) with Cleveland Opera and Bach’s Mass in G Major and Cantata No. 214 with the Washington Bach Consort, Count Almaviva for Anchorage Opera, and in the fall of 2000, Eisenmann returned to Opera San José to appear in the title role of Eugene Oñegin. In 2002 he sang Count Almaviva for Cleveland Opera and Count Monterrone for Sacramento Opera, and embarked on another trip to Prague to sing the Mozart Requiem.

Also in 2000, Eisenmann returned to his first love of teaching, working with the San Jose Unified School District and was named the No. 1 Hero of the Arts by the San Jose Mercury News (December 2002).

During the 2004 – 2005 season, Eisenmann’s engagements included a performance with the San Jose Chamber Orchestra in Craig Bohmler’s newly orchestrated, Cinema Song. Other engagements included his manipulating portrayal or Dr. Falke with Mississippi Opera and Belcore with Anchorage Opera.

Today, Eisenmann can be found teaching rudimentary vocal music to middle school students for the Palm Springs Unified School District, or working on the development and production of OPERASSEMBLIES! (June 2008 was the highly acclaimed third season) for the Palm Springs Opera Guild of the Desert’s free in-school outreach program. Most recently, he has been heard singing recitals for the AIDS Assistance Program and Palm Springs Opera Guild, as well as the world premiere cantata, The Spirit of the Desert, by Craig Bohmler and Marion Adler (May 2008). Upcoming engagements include, Divide Light a world-premiere opera by Lesley Dill and Richard Marriott (www.dividelight.com — August 2008).