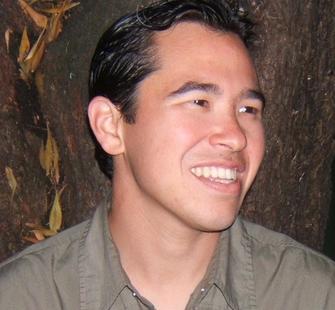 Andrew Saito is currently an Iowa Arts Fellow at the University of Iowa’s Playwrights Workshop. He has taught poetry, playwriting, and theatre to immigrant and underserved youth in San Francisco with WritersCorps and Performing Arts Workshop, and in rural Mayan villages in Guatemala through ArtCorps. He also taught a playwriting seminar as part of the Intergenerational Writers Lab through Kearney Street Workshop. His foundation as a poet and playwright was established under the tutelage of June Jordan and Cherríe Moraga. Other mentors and teachers include Octavio Solís, Marcus Gardley, Naomi Wallace, Kia Corthron, and Sherry Kramer. His work has been developed by the Bay Area Playwrights Festival and the Asian American Theatre Company, and presented at Intersection for the Arts, La Peña Cultural Center, the Magic Theatre, the Off-Market Theater, SOMArts, Bindlestiff Studio, and Galería de la Raza. He has also studied with and taught veteran Peruvian theatre collective El Grupo Cultural Yuyachkani, and has collaborated on the creation of two plays with Andean theatre ensemble Kusiwasi. His children’s play with songs, Evolve!, was commissioned and produced by Handful Players. His teaching memoir, “Between Me and the World,” was published in Teaching Artist Journal. He has been both finalist and semifinalist for the Princess Grace Award in playwriting, and an alternate for a Fulbright Fellowship. Before beginning his fellowship at Montalvo, he was a writing resident at the magical Blue Mountain Center in the Adirondack State Park.