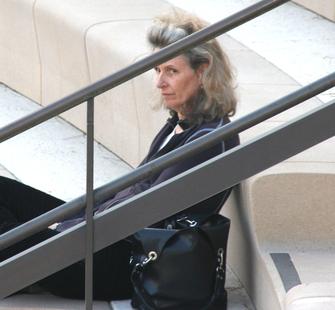 ANNE BRAY is an artist, teacher and Executive Director of Freewaves, a media arts organization and festival in Los Angeles. She developed the concept of the multi-cultural network based on exchange through the media arts in 1989 and has continued to see the organization through the technological, social and aesthetic changes of the 1990s to now.

As an artist she exhibits her own work as temporary installations in public sites and art venues combining personal and social positions via video, audio, slides and 3-d screens at gas stations, malls, movie theaters, on TV, in department stores, on billboards, and now wants to show art everywhere. She has also produced mixed media installations and performances at Santa Monica Museum of Art and elsewhere. Most recently she developed a video installation and a video performance at Track 16 Gallery.

As a lecturer, she teaches graduate seminars in the new genre arts at Claremont Graduate University plus public art and multimedia at University of Southern California.