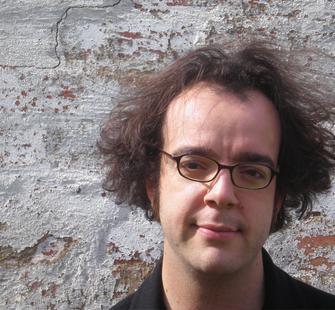 Anthony
Pateras (b.1979) is a multidisciplinary musician from Melbourne,
Australia. He performs on piano or analogue electronics, and composes
works for ensembles, orchestras and soloists.

In
2004 he received a honourable mention at the Gaudeamus Music Week for
Twitch,
which he conducted. In 2007 he was awarded an Ian Potter Composer
Fellowship to compose four new works. In 2009, a retrospective of his
works for percussion are featured at the Melbourne Recital Centre and
Queensland Music Festival.

Pateras
has guested on albums by Oren Ambarchi (Southern Lord) and Christian
Fennesz (Touch) and his prepared piano work also featuring on the
soundtrack for Wolf
Creek.
His sound works have exhibited in group shows at San Francisco MOMA
(Variable Resistance), Centre Pompidou (écoute), and the Melbourne
International Arts Festival (21:100:100).

He
holds a Bachelor of Music from LaTrobe University, a PhD from Monash
University, and intermittently teaches composition at the Victorian
College of the Arts, and the Western Australian Academy of Performing
Arts.