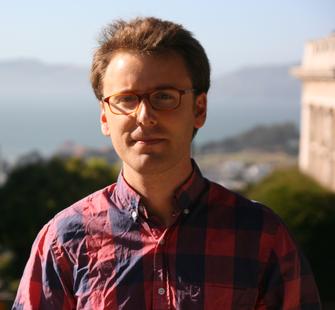 Tarnoff writes about technology, politics, and history. He
grew up in San Francisco, studied literature at Harvard, and has served in a
variety of roles in both media and technology. He has worked as an editor at Lapham’s Quarterly, a technical writer
at Pivotal Software, a co-writer of the independent film Quitters (2015), and the author of two books of American history: A Counterfeiter’s Paradise: The Wicked Lives
and Surprising Adventures of Three Early American Moneymakers (Penguin,
2011), a financial history of early America told through the lives of three of
its most notorious counterfeiters, and The
Bohemians: Mark Twain and the San Francisco Writers Who Reinvented American
Literature, a story of the young Twain and the American West. Tarnoff is
currently at work on a book about the history of the internet, and remains a
frequent contributor to The Guardian.