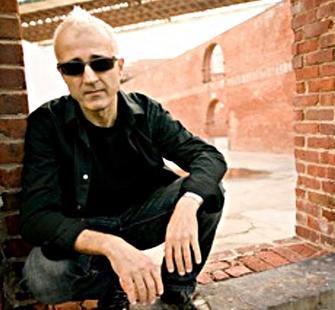 Bobby Previte is an accomplished musician whose first stage appearance occurred in 1956 at the Niagara Falls Talent Show, where, adorned in an over-sized suit with guitar in hand, he belted out a solo rendition of Elvis Presley’s ‘Hound Dog.’ Eight years later, thinking drumming might be a good way to get girls, he fashioned a bass drum from a rusted garbage can; a kick pedal from a wire coat hanger wedged between two pieces of linoleum and a rubber ball stuck on top; tom toms from upside-down trash bins; cymbals from aluminum pie plates suspended on plungers; and a box of loose junk for a snare. He practiced drumming for a year in his dark basement with a lone spotlight shining on him before eventually starting the band, Devil’s Disciples. But, when they finally got a gig at the local church, he was fired for not having ‘real’ drums. Seeking revenge, he took a job as a paperboy, saved every penny, and a year later bought the Rogers drum kit he still uses today in concerts all over the world.