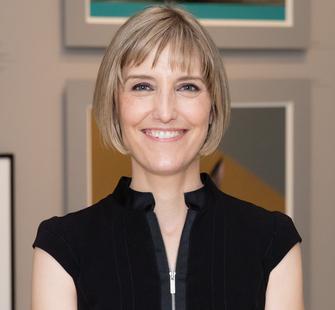 Britt Salvesen joined the Los Angeles County Museum of Art (LACMA) in October 2009 as curator and head of the Wallis Annenberg Photography Department and the Prints and Drawings Department. Previously, she was director and chief curator at the Center for Creative Photography, University of Arizona. She received her MA from the Courtauld Institute of Art and her PhD from the University of Chicago. In 2016, Salvesen was named one of the year’s most influential curators by Artsy and received an award for curator of the year from the Los Angeles Art Show. Notable curatorial projects at LACMA include Robert Mapplethorpe: The Perfect Medium (winner of a Lucie Award and a Global Fine Art Award, 2016), Guillermo del Toro: At Home with Monsters (2016), and the VR installation Alejandro González Iñárritu: Carne y Arena (2017). Her most recent exhibition, 3D: Double Vision (2018–19), was named one of the best art exhibitions of 2018 by the Los Angeles Times.