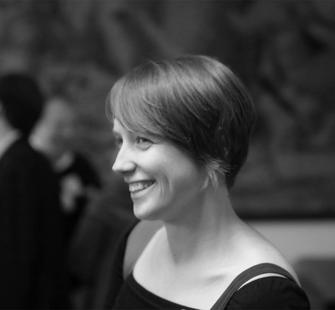 Catie Newell is the
founding principal of *Alibi Studio Detroit as well as an Associate Professor
of Architecture and the Director of the MS in Digital and Materials Technologies at the University of Michigan. Her work and research capture
spaces and material effects, focusing on the development of atmospheres through
the exploration of textures, volumes, and the effects of light or lack thereof.
Newell’s creative practice has been widely recognized for exploring design
construction and materiality in relationship to location and geography and
cultural contingencies. Before joining the University of Michigan as the
Oberdick Fellow in 2009, Newell was a project designer at Office dA in Boston. She has won the inaugural SOM Prize for Architecture, Design and Urban
Planning; the 2011 ArtPrize Best Use of Urban Space Juried Award; the 2011
Architectural League Prize for Young Architects and Designers; and
the 2013-2014 Cynthia Hazen Polsky and Leon Polsky Rome Prize in
Architecture. She has exhibited at the 2012 Architecture Venice Biennale and is
a Fellow of the American Academy in Rome. Read more at cathlynnewell.com.