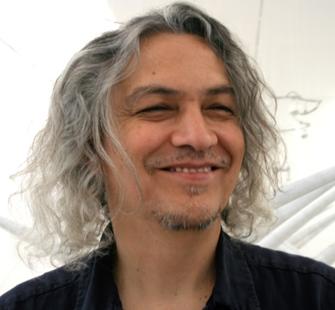 Chico
MacMurtrie is internationally recognized for his large-­‐scale, performative, robotic installations, and
interactive public sculpture. MacMurtrie
has  exhibited  widely
in  America,  Europe,
and  Asia,  and
has received numerous awards and grants, including five grants from the
National Endowment for the Arts, Fundación Telefonica / Vida Life,
NYFA, Art Matters, CEC Artslink
and Ars Electronica.

MacMurtrie
is the Artistic Director of Amorphic Robot Works (ARW), a collective of
artists, technicians, scientists, and engineers he founded in 1991. Since
2005, MacMurtrie/ARW have focused on developing “soft machines” or inflatable
robotic sculptures that engage their environment through cyclical air exchange
and metamorphic transformation.