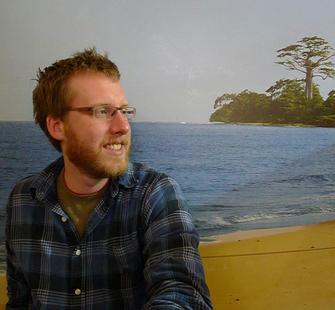 Christopher Danforth is an electronic and acoustic music composer, and instrument inventor living in Somerville, MA. He studied composition under Henry Gwiazda and received a BA in Music from Minnesota State University, Moorhead. He has won awards from the Jerome Foundation, the American Composers Forum, the American Music Center and Meet the Composer. In 2012 he was awarded an Artist Fellowship for Composing by the McKnight Foundation. His music has been presented at various festivals around the country including the The MATA Festival, Santa Cruz Fringe Festival, Electronic Music Midwest Festival and the Cal State Fullerton New Music Festival. His compositions have been featured on advertising campaigns, interactive websites and skateboarding videos. With his ensemble, The Danforths, he has performed across the United States at venues including the First Avenue Main Room, Le Poison Rouge and the Knitting Factory.