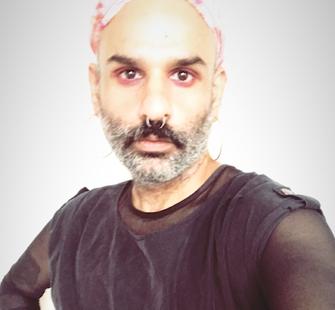 Cvmaea Halim (George Awde) is a visual artist, an
associate professor at Virginia Commonwealth University in Qatar, on the Board
of Directors of the Arab Image Foundation, and co-founder/co-director of
marra.tein in Beirut. Halim is been based in between Beirut and Doha. He
received his BFA in Painting from Massachusetts College of Art (2004) and his
MFA in Photography from Yale University School of Art (2009). Halim’s work has been
exhibited and published internationally including seven solo exhibitions and
dozens of group exhibitions & publications.