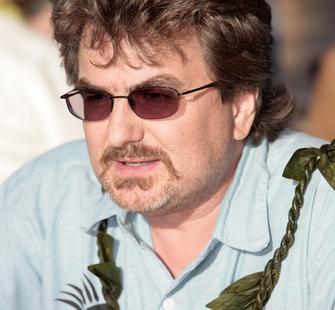 Daniel A. Kelin II has been the Director of Drama Education with the Honolulu Theatre for Youth for over 20 years. Kelin has taught in the Marshall Islands, American Samoa and India, and developed specialty programs for Pacific Island English as a Second Language Learners under many grants, including the National Endowment for the Arts. The American Alliance for Theatre and Education awarded him the 1995 Youth Theatre Director of the Year award; in 2002 he was honored with the Society for Children’s Book Writers and Illustrators Barbara Karlin grant; and he was a 2006 ASSITEJ/USA Ann Shaw Fellow. His published works include Marshall Islands Legends and Stories and To Feel As Our Ancestors Did, Collecting and Performing Oral Histories. He is currently working on a book about integrating drama in the English Language Learning classroom.