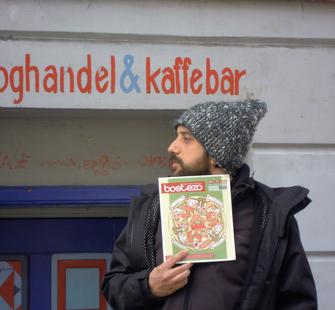 David Barberá (Valencia, Spain, 1973) is Associate Editor of Bostezo since 2008 and Assistant Profesor at INGENIO (CSIC-UPV, Valencia, Spain). He has published several articles and poems in Bostezo and other Spanish literature journals. In early 2000’s he was associate editor of Numa, a Spanish publishing company. His academic research on failure has been selected in the 2% top worldwide articles on in 2011 by Faculty of 1000.