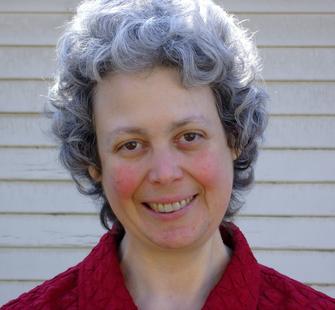 Deborah Lefkowitz is an
internationally recognized documentary filmmaker and visual artist.
Her award-winning film Intervals of Silence:
Being Jewish in Germany interweaves layers of
image and sound to portray complex relationships of historical time
and personal memory. Major public screenings of this film include the
Museum of Modern Art in New York; the Museum of Fine Arts and Harvard
Film Archive in Boston; the Oberhausen Festival of Short Films,
Leipzig Documentary Film Festival, and Berlin’s Arsenal Kino in
Germany. She has published several essays about her filmmaking, most
recently in the anthologies Autobiographical
Writing Across the Disciplines: A Reader and
Feminism and Documentary.

Ms. Lefkowitz trained in
dance and theater at the Academy of Music and Performing Arts in
Vienna, Austria before studying documentary film at Harvard
University. Her site-specific installations for museums and galleries
blend a filmmaker’s sensitivity to fluctuations of light with a
choreographer’s understanding of movement in three-dimensional
space. She received an Artist’s Fellowship in New Genre from the
California Arts Council in recognition of her innovative light
installations that combine photographic imagery, sculptural forms,
movement, and occasionally sound. She has taught as Visiting Artist
at the ProArte Institute in St. Petersburg, Russia and the Hungarian
University of Craft and Design in Budapest, Hungary and was Visiting
Artist-in-Residence at California State University in Sacramento and
University of the Pacific in Stockton, California.

Ms. Lefkowitz recently
completed a permanent kinetic light installation for the stairway
windows of a new fire station using fiber optic lighting and
computer-programmed lighting control. This public artwork was
commissioned by the Cultural Affairs Department of the City of Los
Angeles through the percent-for-art program.