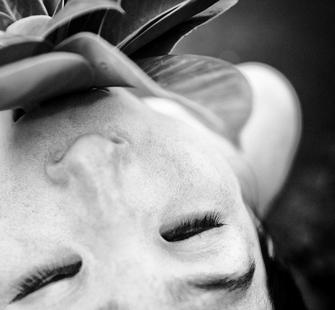 “I passionately believe by practicing art we can commune with spirits to express and share our thoughts and ideas on vital issues such as identity, politics, nature and spirituality.” — Dohee Lee, Performance Artist (Dancer, Musician, Composer)

Born out of her desire to explore new art forms, Lee founded the Puri Project in 2004 to present interdisciplinary works that embrace the ritualistic and healing aspects of performance. Since her arrival in the US she has been a vital contributor to both the traditional and contemporary arts landscape of the San Francisco Bay Area and beyond. She was the recipient of the Isadora Duncan Special Award honoring Outstanding Achievement for her piece “FLUX”, performed at Yerba Buena Center for the Arts in 2008. She has performed in venues and festivals around the world and has collaborated with a wide range of artists such as dancers/choreographers Anna Halprin, Shinichi Iova-Koga’s inkBoat, Amara Tabor-Smith, Sherwood Chen, Yannis Adoniou’s Kunst-Stoff, the Degenerate Art Ensemble, Sue Li-Jue’s Facing East Dance and Music, and musicians/composers Kronos Quartet, ETHEL, Larry Ochs, Scott Amendola, Joan Jeanrennaud, Theresa Wong, Francis Wong, and Tatsu Aoki. She has been awarded artist residencies at the Oakland Asian Cultural Center, the Watermill Center in New York with the Degenerate Art Ensemble, the Headlands Center for the Arts, the Paul Dresher Artist Residency Center, and the Montalvo Arts Center.