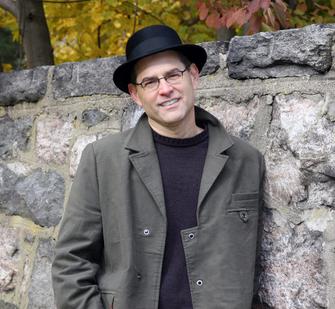 Cuomo has composed music
for concert and theatrical stages, dance, television, and film. His works
include the opera Doubt, with a libretto by John Patrick
Shanley; the opera/oratorio Arjuna’s Dilemma, premiered at the BAM
Next Wave Festival; Only Breath, commissioned and performed by Maya
Beiser at The International Festival of Arts and Ideas, Ravinia; Carnegie Hall
and others; Black Diamond Express Train to Hell, a double concerto
for cello and sampler commissioned by the American Composers Orchestra and The
Orchestra of the Swan, premiered at Carnegie Hall; and Kyrie,
commissioned and performed by Chanticleer. He has received numerous grants and
awards, including two National Endowment for the Arts awards for Artistic
Excellence in the Creation and Development of New Work; two NYSCA commissioning
grants; and an Argosy Foundation Grant. His work for television and film
includes the themes for Sex and The City (HBO), NOW with
Bill Moyers (PBS) and Wide Angle (PBS), music for Homicide:
Life On The Street and many others. His theme for Sex and
The City was chosen by TV Guide as one of the
top 50 television themes of all time. He has lectured widely on
music, collaboration, and creativity at numerous universities as well as The
Asia Society, the Rubin Museum, the Guggenheim Museums, the Carnegie Hall
Choral Institute, and The US Navy CNO Strategic Studies Group. Read more
at douglasjcuomo.com.