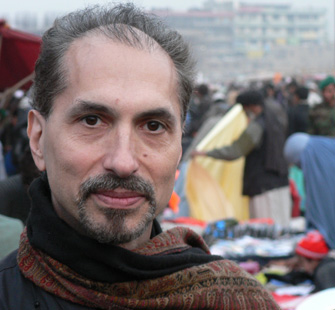 Ed Robbins is a multi-award
winning Director-Writer-Producer and videographer with 20 years
experience. He has directed/written and often filmed numerous
national and international documentaries from culture to science to
public affairs. He has worked across America and in countries that
include Afghanistan, Burma, Colombia, Iraq, India, Nigeria, Pakistan
and Syria.