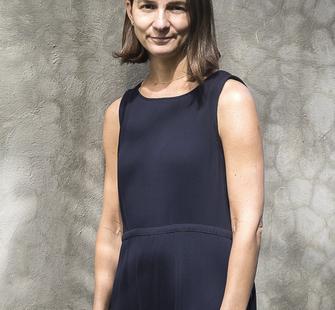 Elisa Silva is director and founder of Enlace Arquitectura and Enlace Foundation, established in Caracas, Venezuela. These projects focus on raising awareness of spatial inequality in the urban environment through public space interventions, informal settlement integration, and strengthening rural landscapes. Enlace’s work has been recognized in international biennials, competitions, and design exhibitions. Silva received a Graham Foundation Grant for the publication Pure Space: Expanding the Public Sphere through Public Space Transformations in Latin American Informal Settlements (Actar, 2019) and co-authored CABA Cartography of the Caracas Barrios 1966-2014 (2015). She was awarded the Wheelwright Prize from Harvard University in 2011 and the Rome Prize from the American Academy in Rome in 2005. She has a Masters in Architecture degree from Harvard University Graduate School of Design, and has been a Visiting Professor at Princeton University School of Architecture, a Design Critic in Landscape Architecture at Harvard, and has worked as a Professor at the Simón Bolívar University in Caracas since 2011.