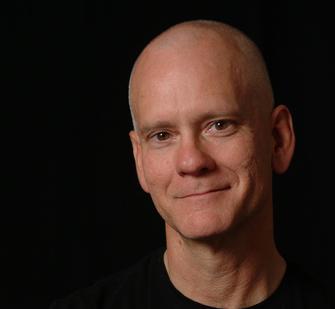 A composer The New
York Times has hailed as creating “music of winning exuberance,” Moe
has received numerous grants and awards for his work, including the Lakond
Award from the American Academy of Arts and Letters and a Guggenheim
Fellowship; commissions from the Fromm and Koussevitzky Foundations and New
Music USA; fellowships from the Wellesley Composer’s Conference and the
Pennsylvania Council on the Arts; and residencies at MacDowell, Yaddo,
Bellagio, Camargo, Carson McCullers Center for Writers and Musicians, and the
American Dance Festival, among others. Tri-Stan, his one-woman
opera based on a text by David Foster Wallace, was praised by The New
York Times as “a tour de force” that “subversively inscribes classical
music into pop culture.” A recording is available from Koch International
Classics. Strange Exclaiming Music (Naxos American Classics)
was described by Fanfare as “wonderfully inventive, often
joyful, occasionally melancholy, highly rhythmic, frequently irreverent,
absolutely eclectic, and always high-octane music.” Kick & Ride (bmop/sound)
was a WQXR album of the week. As a pianist, Moe has premiered and
performed works by a wide variety of composers. He founded and co-directs
Pittsburgh’s Music on the Edge concert series. Moe studied at Princeton and
U.C. Berkeley and is currently the Andrew W. Mellon Professor of Music at the
University of Pittsburgh. Read more at ericmoe.net.