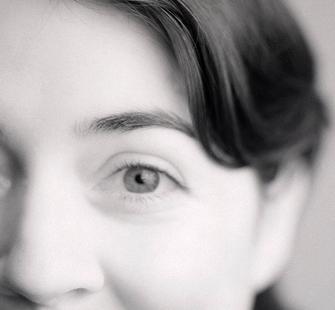 Erin Gee received her bachelor’s and master’s degrees
in piano and composition, respectively, from the University of Iowa, where she
studied with Réne Lecuona, Lawrence Fritts, and Jeremy Dale Roberts. In Austria
and Germany, she studied composition with Beat Furrer, Mathias Spahlinger,
Chaya Czernowin, Richard Barrett and Steve Takasugi. She completed her Ph.D. in
music theory from the University of Music and Dramatic Arts Graz in 2007.

In 2009,
three of Gee’s original pieces premiered—SLEEP, Mouthpiece XIII: Mathilde of
Loci Part 1, and Mouthpiece
XII.  Gee was a fellow at Radcliffe Institute
for Advanced Study at Harvard and is a 2009 Guggenheim fellow. In 2010, she will
be in residence at the Akademie Schloss Solitude in Stuttgart.