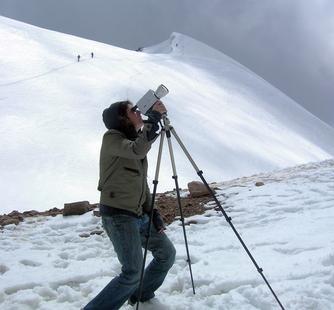 Eve Sussman is an artist with a diverse practice that includes film, video, sculpture, photography, and installation. In 2003 Sussman began working under the rubric, Rufus Corporation, a “think tank” including performers, artists, musicians, writers, and programmers who have collaborated on “89 seconds at Alcazar”, “The Rape of the Sabine Women”, “whiteonwhite:algorithmicnoir” and “Yuri’s Office”. Sussman’s work has been shown internationally in exhibitions at The Reina Sofia in Madrid, The Museum of Modern Art in New York, The Whitney Museum in New York, The Louisiana Museum in Denmark, and The National Gallery in London. She currently has work on view at the Leeum Museum in Seoul, Korea and the Bass Museum in Miami and an exhibition opening at the Musée d’art contemporain de Montréal in May. Sussman has received support from the Guggenheim Foundation, Creative Capital, NYSCA, NYFA and Hauptstadtkulturfonds-Berlin among others. Together with Simon Lee, Sussman co-founded the “Wallabout Oyster Theatre” a micro theatre space run out of their studios in Brooklyn. Sussman and Lee are also as producing for Jack+Leigh Ruby, two reformed criminals, who are creating film/video installations.