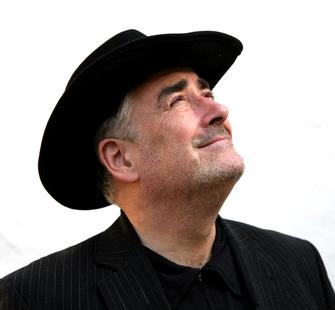 Fred Frith is a songwriter, composer, improviser, and multi-instrumentalist best known for the reinvention of the electric guitar that began with Guitar Solos in 1974. He learned his craft as both improviser and composer playing in rock bands, notably Henry Cow, and creating music in the recording studio. Much of his compositional output has been commissioned by choreographers and filmmakers, but his work has also been performed by Ensemble Modern, Hieronymus Firebrain, Arditti Quartet, Ground Zero, Robert Wyatt, Bang on a Can All Stars, Concerto Köln, and Rova Sax Quartet, among many others. Film music credits include Thomas Riedelsheimer’s Rivers and Tides, Sally Potter’s The Tango Lesson and Yes, and Peter Mettler’s Gambling, Gods and LSD, as well as the ongoing video series Surface and Time with partner Heike Liss. In the world of dance his 20-year collaboration with choreographer Amanda Miller has resulted in works such as My Father’s Vertigo, The Happy End Problem, Episodes, and Field Days.
Fred performs internationally in a broad range of contexts from concert halls and churches to cafes and former air-raid shelters. Recent playing partners have included, among many others, percussionist Evelyn Glennie, electronic improvisation pioneer Ikue Mori, singer Shelley Hirsch, saxophonist John Zorn, and turntablist Christian Marclay. His band Cosa Brava has just released a second CD—The Letter—on the Intakt label.
Fred is the subject of Nicolas Humbert and Werner Penzels’ award-winning documentary film Step Across the Border. He has also received numerous awards, including Italy’s Demetrio Stratos prize for his work in experimental music, a lifetime achievement award for film music from the MOFFOM Festival in Prague, and an honorary doctorate from the University of Huddersfield in the UK. He was also recognized for “outstanding performance as coach (under 14 boys)” by the Montclair Soccer Club. Fred teaches improvisation at Mills College in Oakland, California and at the Musik Akademie in Basel, Switzerland.