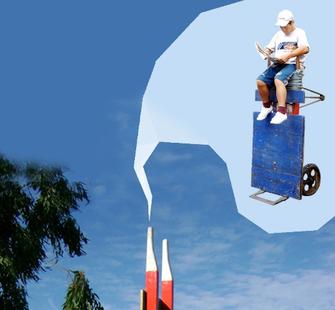 Giacomo Castagnola received his Master of Science in Art, Culture and Technology (SMACT) from the Massachusetts Institute of Technology in 2013, and holds a BA in Architecture from Ricardo Palma University (URP) in Lima, Peru. Castagnola works in architecture, design and furniture. He established Germen studio of architecture and design with a focus in exploring and learning from the “informal” city. His interests are grounded on the idea of urban growth without design that results in organizational structures through processes of urban sedimentation in time – settlement, coagulation, and consolidation.

He has produced numerous architectural projects and designs, including Tunnel Project: Instan Herlev Institute- Denmark for which he received a DIVA Residency in Copenhagen; Slow Trans Anyang: Bicycle Station and Mobile Devices for Anyang Public Art Project, Korea; Flexible platform for presentation of archival material for inSite: Wandering Position, University Museum of Contemporary Art (MUAC), Mexico City. Living in Mexico City since 2013, Castagnola has developed numerous projects in this city, with a particular emphasis on design and what he terms “urban crafts” or “common trades.” His exhibition at Casa Vecina, the arts residency in Mexico City, focused on arts and crafts that have been typical of Mexico City, bringing a fresh view to these increasingly threatened forms of labor.