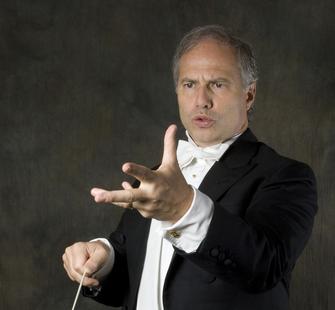 Glen Roven is an Emmy Award winning composer, lyricist, conductor, pianist, teacher, essayist, and translator. His music has appeared at numerous concert venues including Carnegie Hall, Central Park, Alice Tully Hall, Kimmel Center, and all over the country. He has conducted the National Symphony, the Seattle Symphony, the Hollywood Bowl Orchestra, The Munich Philharmonic, The Radio Luxembourg Orchestra, as well as many others. Roven began his Broadway career as a rehearsal pianist for Pippin while still in high school, and at nineteen was the musical director of Sugar Babies on Broadway. Next season sees the opening of his Broadway Musical, Dr. Seuss’ The 5000 Fingers of Doctor T and Pandora’s Box, with Maria S. Schlatter. In addition to appearing hundreds of times on television, he has written songs for, conducted and produced for Julie Andrews, Aretha Franklin, Kenny G., Whitney Houston, Michael Jackson, Quincy Jones, Kermit the Frog, Patti LaBelle, Liza Minnelli, Diana Ross, and many others.