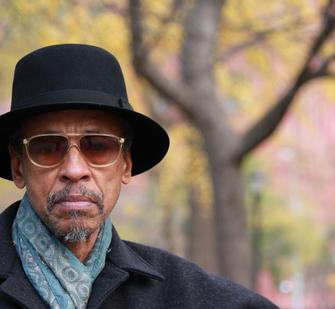 “It would be difficult to
overestimate Henry Threagill’s role in perpetually altering the meaning of
jazz,” wrote Studs Terkel. “He has changed our underlying
assumptions of what jazz can and should be.” Threadgill’s musical
career—including distinguished work as both a composer, band leader, and
multi-instrumentalist—has spanned over forty years. His music has
been performed by many of his long lasting instrumental ensembles, including
the trio Air, the seven-piece Sextett, Very Very Circus, twenty-piece Society
Situation Dance Band, X-75, Make a Move, Aggregation Orb, and his current
group, Zooid. He has recorded many albums as a leader of various
ensembles. His work for large orchestras, such as Run Silent, Run
Deep, Run Loud, Run High(conducted by Hale Smith), and Mix for
Orchestra (conducted by Dennis Russell Davies) were both premiered at
the Brooklyn Academy of Music in 1987 and 1993, respectively. In the fall of
2014, Harlem Stage held the two-day festival Very Very Threadgill, where over forty musicians presented a retrospective of Threadgill’s
work. He is a 2016 Pulitzer Prize recipient, as well as a 2016 Doris Duke
Artist Award recipient. Read more at nytimes.com.