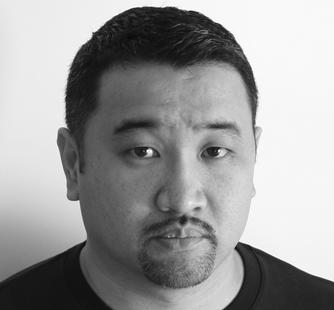 Hiroharu Mori (b. 1969 Kanagawa, lives Tokyo Japan) works largely in video and installation, making critical works that comment on the mechanics of mass culture. He participated in the 52nd Venice Biennale ‘Think with the Senses – Feel with the Mind’, and has exhibited widely internationally.

Having returned home to Japan after years of living abroad, Hiroharu Mori often confesses to feeling like a stranger in his native country without ever really having adjusted to being anywhere else. He is the perpetual traveler, through life as much as the world, rootless and detached, but with a keen critical eye, a marked sense of economy and a healthy taste for the absurd. Through video installation and public interventions, Mori explores slippages in translation, questions of identity, and the tensions and contradictions of everyday life. If he even goes so far as to call the role of contemporary art into question, Mori never losses sight of its capacity for poetry and play.