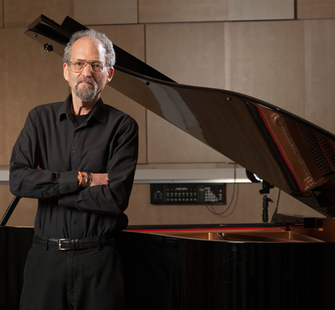 Howard
Hersh is a US based composer who has received many awards for his work from
such organizations as Meet the Composer, the American Symphony Orchestra
League, the American Composers Forum, ASCAP, the Puffin Foundation, the Rex
Foundation, and the Irvine Foundation. Howard’s works have been performed at
venues that range from the Tanglewood Festival to Grace Cathedral in San
Francisco, from European concert halls to the California Vietnam Veterans
Memorial. Together with his composition work, Howard has founded and directed
many new music groups, including the San Francisco Conservatory New Music
Ensemble, and served as Music Director of KPFA-FM. His latest CD of solo and
ensemble works Dancing in the Pink House
was released this year. Howard was awarded a Lucas Artists Fellowship in 2014.