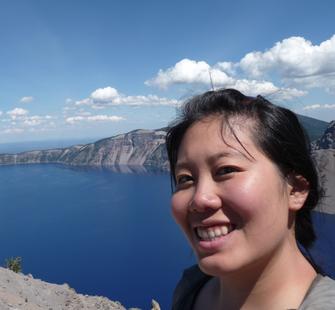 Imin Yeh was born in 1983, and currently lives and
resides in San Francisco, California.  She received a B.A.in Art History with Asian Option
from the University of Wisconsin-Madison, and an M.F.A. from California College
of the Arts.

Yeh is an interdisciplinary project-based artist,
working in sculpture, installation, participatory events, and print. Yeh’s
practice is unified by a continual pushing at the boundaries of printmaking; a
medium at the intersection of popular literacy, commercialism, and social
engagement. Copying the aesthetic and process that is ubiquitous in the
mass-production of commercial industry, her projects blur the lines between
imaginary and “real” businesses, people, and/or products. Through humor,
satire, and participation, the artist’s projects engage the viewer in a
critical dialogue about the invisible labor and the stories behind the objects
we consume.

In addition to her residency at Montalvo’s Lucas
Artists Residency Program in 2010, Yeh was in residence at the Blue Mountain
Center in New York in 2011, and Sandarbh Artist Workshop in Partapur, India in
2013, and Recology San Francisco in 2014.   Paper Mahjong (2014),
second edition.

She
received an Individual Artist Grant from the San Francisco Arts Commission in
2011, Murphy and Cadogan Fellowship in 2008, and the Barclay Simpson Award in
2009. She was recently awarded a 2014-2016 Eureka Fellowship through the
Fleishhacker Foundation and is an adjunct lecturer at San Jose State University.