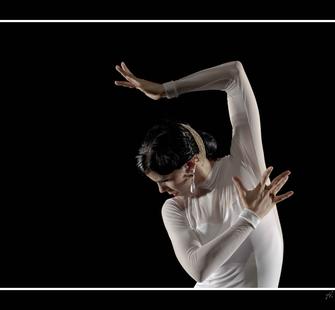 Born in Havana, Irene Rodriguez began studying Spanish Dance in the Spanish Cultural Society “Centro Andaluz” (Andalusian Centre) of Havana. Within months, she began to take classes with the professional company Ballet Español de Cuba as an “exceptional case”, since her talent was remarkable in spite of being a young girl. In 1993, she is admitted at the National Academy of Spanish Dances sponsored by this company. She graduated in 1999, after 5 years of study.

She played her first leading roles as a student in the formerly mentioned academy. In addition, she was part of the corps de ballet of the Ballet Español de Cuba in the main plays presented by this company.

In July 1999, after graduating as a dancer, she immediately became professional in the very same Ballet Español de Cuba, where, after being evaluated several times, she became Prima ballerina in 2007, as well as Specialized Professor and Reggiseur of First Level and Choreographer.

As part of her professional education she has taken part in Workshops, Courses and Master Classes by the most relevant Spanish dancers and choreographers in Cuba, Spain, and Mexico.

As prima ballerina, professor, reggiseur, and choreographer of the Ballet Español de Cuba, she successfully played several times all the leading roles of the plays presented by the company, as well as solo roles in all the shows of the company.

In September 2001, she detached herself from the Ballet Español de Cuba, creating her own company of Spanish dance.

In Cuba, she has performed in the main theatres through the island, and she has been interviewed for many radio and TV programs, as well as written or digital press, both in Cuba and abroad.

As for international tours, she has performed with the company Ballet Español de Cuba and also as a soloist in the most prestigious theatres in Barcelona and Granada (Spin), Andorra, Colombia, Guatemala, and Mexico.

For several years, she has taught dancing in Mexico during summer courses of the PROART Academy of Santiago de Querétaro.

As a solo dancer, she has taken part in every edition of the Festival Ibérica Contemporánea celebrated in Querétaro (Mexico) where she has shared the stage with the world’s greatest in this genre.

Her work as a choreographer includes many acts that have been performed by the Ballet Español de Cuba, as well as choreographed dances that are part of plays presented by this company.

Among her most recent works are Suite del Sombrero de Tres Picos” (Classic Spanish Style), “Al-Ándalus” (Flamenco) and the play in two acts “EMIGRANTES” (EMIGRANTS) showing various styles such as Afrocuban dances, neoclassical, and flamenco. We shouldn’t fail to mention that all have had great reviews and audience acceptance.

In July 2009, she toured in Mexico as a guest artist of the Spanish bailaora María Juncal with the show “Tercera Llamada”, and in 2010, she danced in the Festival Cuna del Flamenco (Cradle of Flamenco) in Granada, Spain.

In January 2012, she founded her own company: Compañía Irene Rodríguez.