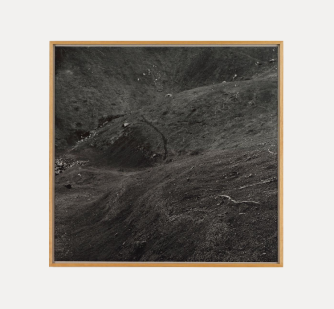 Jan
Henle was born in New York City in 1948. At the age of four he moved
with his mother to the Caribbean island of St. Croix where he was
raised. In 1968, after studying at the San Francisco Art Institute,
Henle returned to St. Croix and began work as an artist. His
early land sculptures were first shown at the Xavier Fourcade gallery
(New York 1983) in the form of film drawings. To this day, few people
have traveled to the remote sites where his sculptures are made. He
is currently working in the mountains of southwest Puerto Rico.

Henle’s
film drawings have been shown and are in the collections of major
museums including the Metropolitan Museum of Art and The Museum of
Modern Art in New York, and the Modern Art Museum of Fort Worth. He
has had solo exhibitions at the Albright-Knox Art Gallery, Buffalo
and the Museum of Contemporary Art, Los Angeles.